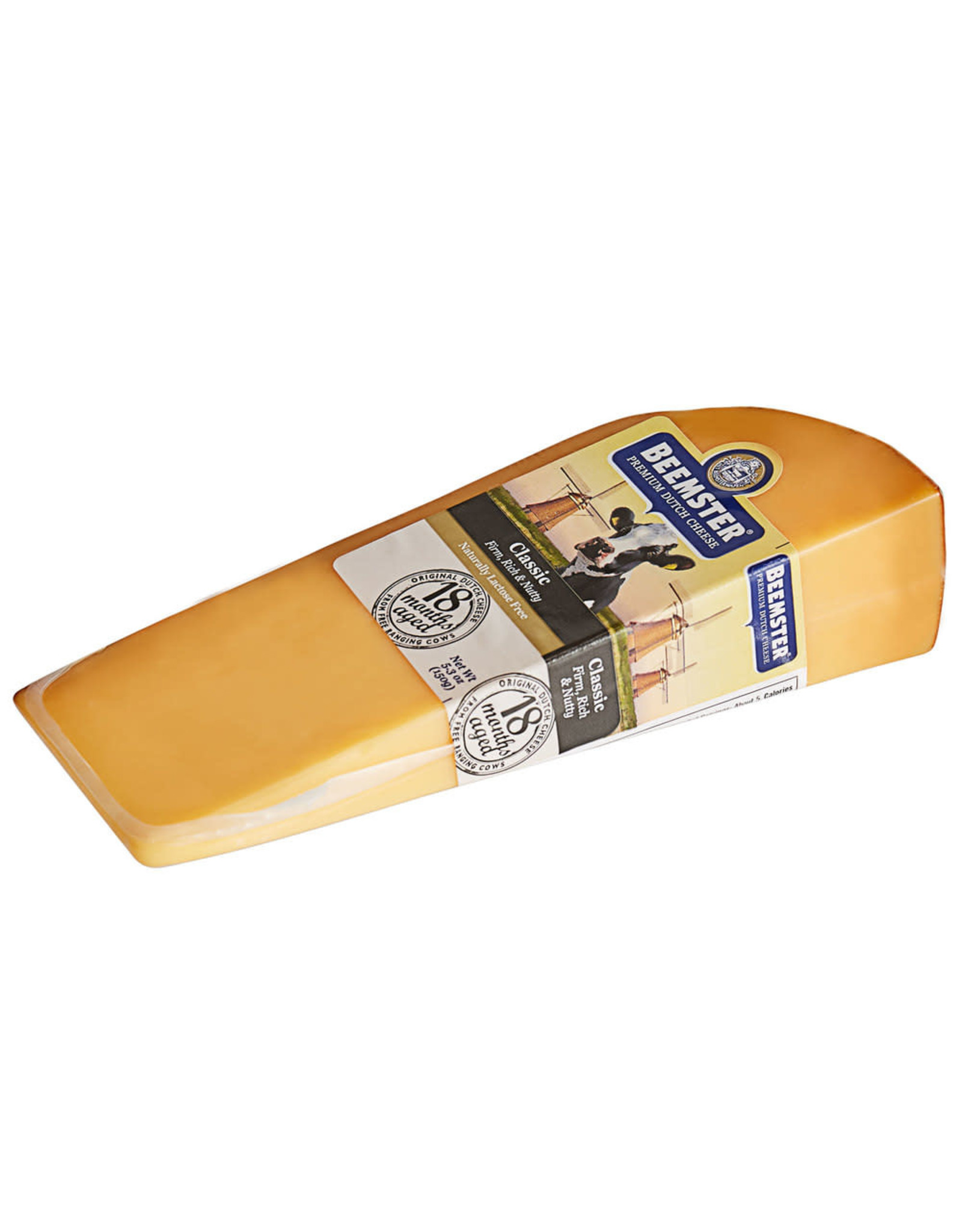 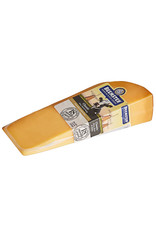 With a cheese making process informed by over 800 years of Dutch tradition, Beemster's classic cheese is crafted from the milk of cows that graze in North Holland's lush, fertile pastures. The cheese is aged for a year and a half in a traditional warehouse that's been in use for over a century; during the aging process, the cheese takes on a muted caramel color with a rich ochre interior and an intense, tangy flavor with deep notes of toasted walnuts, and a buttery, slightly sweet finish. As it ages, its texture transforms from soft and creamy to firm and slightly crumbly with subtle crystallization throughout, which creates a tantalizing mouthfeel. Its layers of nuanced flavor and distinctly robust personality make this easily-distinguishable cheese an artisanal standard.

This cheese's bold flavor is sure to make it a standout on any cheese platter or charcuterie board. It's perfect for pairing with other distinct flavors, such as smoked almonds, soft, plump dates, or a rich, sweet fig spread. You can even serve it as a dessert cheese, where its sharp creaminess will be a delightful juxtaposition to the crisp texture and sweet flavor of pears, apples, or grapes! This cheese's intensely tangy flavor pairs beautifully with full bodied wines: try serving it with intense red wines like Argentinian Malbec, Bordeaux, or fruity Merlot from Napa Valley, or robust whites such as oaky Chardonnay, dry Alsatian Riesling, or Bordeaux Blanc. The full flavor of this cheese means it can also hold its own against intensely hoppy, bitter craft beers! To further infuse your menu with this cheese's sharp, buttery flavor, try grating it over pasta dishes or roasted vegetables. It is also an exciting addition to a classic grilled cheese sandwich! Now matter how you choose to serve it, this Beemster 18-month aged classic gouda has something to please every palette from the casual cheese enthusiast to the refined gourmet.

In the early 17th century in North Holland, Lake Beemster was drained and transformed into some of the world's most lush, nutrient-rich, fertile grazing land for cattle and goats. The milk that these herds produced became renowned for its rich creaminess and sweet flavor and was used by Dutch farmers to create remarkable cheeses. Nearly 300 years later, in 1901, a group of farmers surrounding the former lake created a co-op to deliver their milk and homemade cheeses to local merchants, and Beemster Premium Dutch cheese was born. For over a century, Beemster has been committed to using artisanal, time-tested cheese making methods that have been handed down by generations of Dutch families. Though they are committed to innovation, Beemster's methods are rooted in tradition. They still use traditional recipes, stir the curds of their cheese by hand, hand-polish their cheese wheels, and age their cheeses on natural wooden boards in the same warehouse that the co-op started using in 1901. The milk that is used in their cheeses comes from small-scale, free-range farms that still graze their cows and goats on Lake Beemster's former lakebed - now recognized as a UNESCO World Heritage Site. Beemster cheese has become a favorite of the Dutch Royal Court, and it's not hard to see why: with over a dozen distinct cheeses, Beemster offers something to delight every palette. Indulge in the rich taste of tradition with every bite of Beemster cheese.