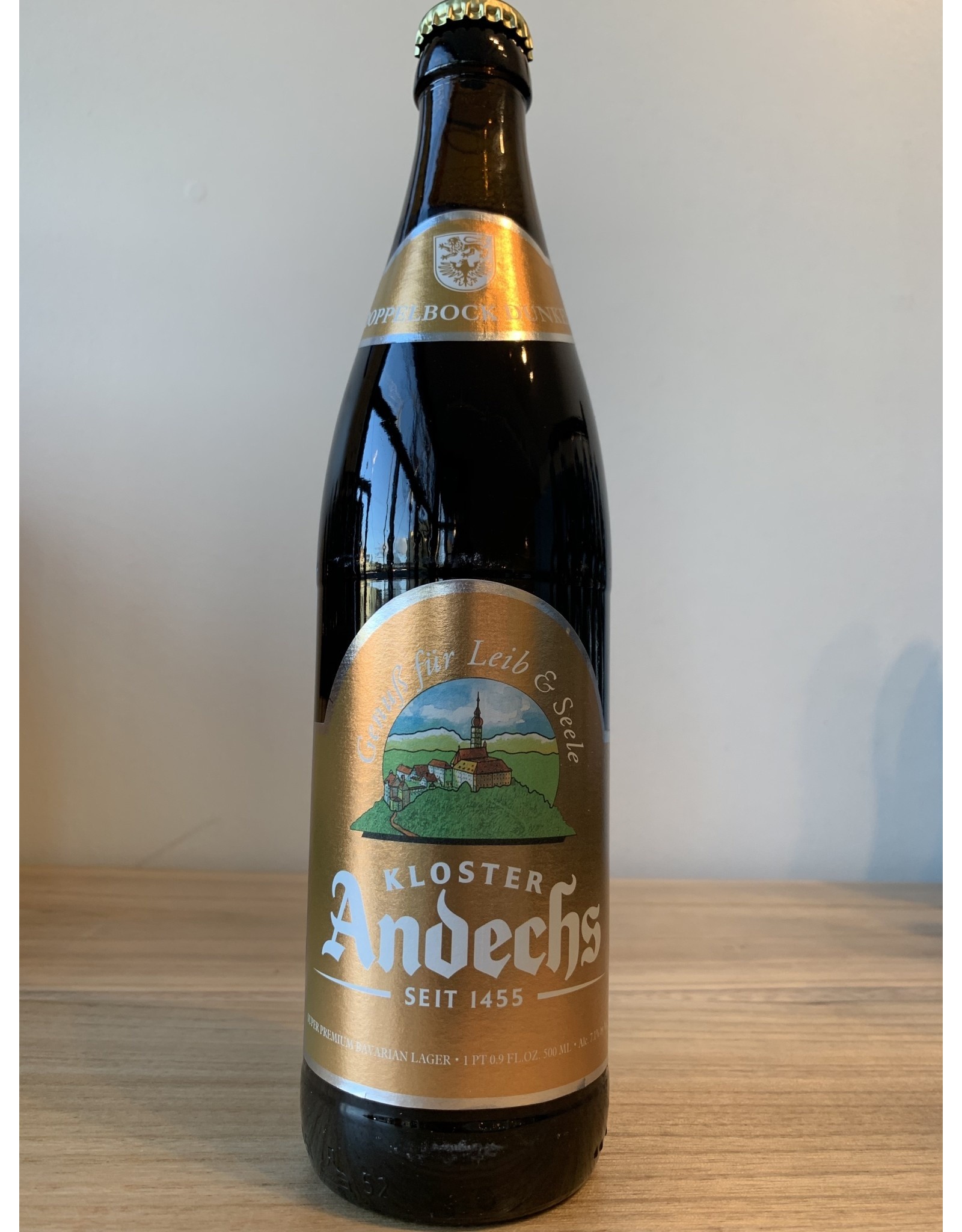 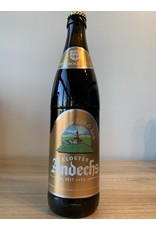 COMMERCIAL DESCRIPTION
This is it! The powerful, full-bodied, strong beer which is Andechs’s trademark. Brewed in the traditional Triple Mash procedure and available throughout the year, not just during the "Starkbierzeit"!

When the evening passes into dusk and the day draws to a close, time goes a little slower. Just the right time for a glass of Andechser Doppelbock Dunkel. Andechser Doppelbock Dunkel – mouthcoating, velvety, strong This world famous bock from Bavaria’s Holy Mountain is not meant to be rushed, but savoured slowly. As solid as a rock, Andechser Doppelbock Dunkel presides over the evening meal with a colour reminiscent of dark copper with nuances of fiery red. Its clear gleaming look harmonises with its firm, fine pored head. Also the aroma delights the connoisseur: soft roasted accents and a nuance of dried fruit carrying a vein of caramel. This Doppelbock Dunkel from Bavaria’s Holy Mountain presents a pleasant effervescence. And then there’s the unmistakable flavour: mouthcoating and velvety, strong and yet pleasantly malty – a powerful, robust body. At the same time, it develops an easily recognisable sweetness, embraced in roasted cocoa and a light, bitter hoppiness. Concluding with a powerful punch, this Doppelbock departs with a lingering aftertaste of quality plain chocolate. A strong Doppelbock that embodies the centuries old Benedictine brewing tradition, sip by delicious sip