Valérie Chaume-Arnaud always wanted to be a winemaker, and despite the protestations of her mother, she followed her heart and did just that. After studying oenology and viticulture, she took over the 5 hectares of vines belonging to her parents in 1987 and, along with her husband Phillipe, they continued to expand their holdings bit by bit until today where they now own over 30 hectares mainly in the Vinsobres appellation. Their son, Thibault, has joined his parents and is helping to take the property to new heights of excellence. They have been farming their estate organically since 2002 and moved to biodynamic in 2004 where they are now certified. Located about 45 minutes north and west of Chateauneuf-du-Pape, Vinsobres makes wines of elegance and complexity with more Syrah than is typically found more to the south. 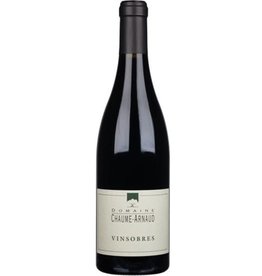