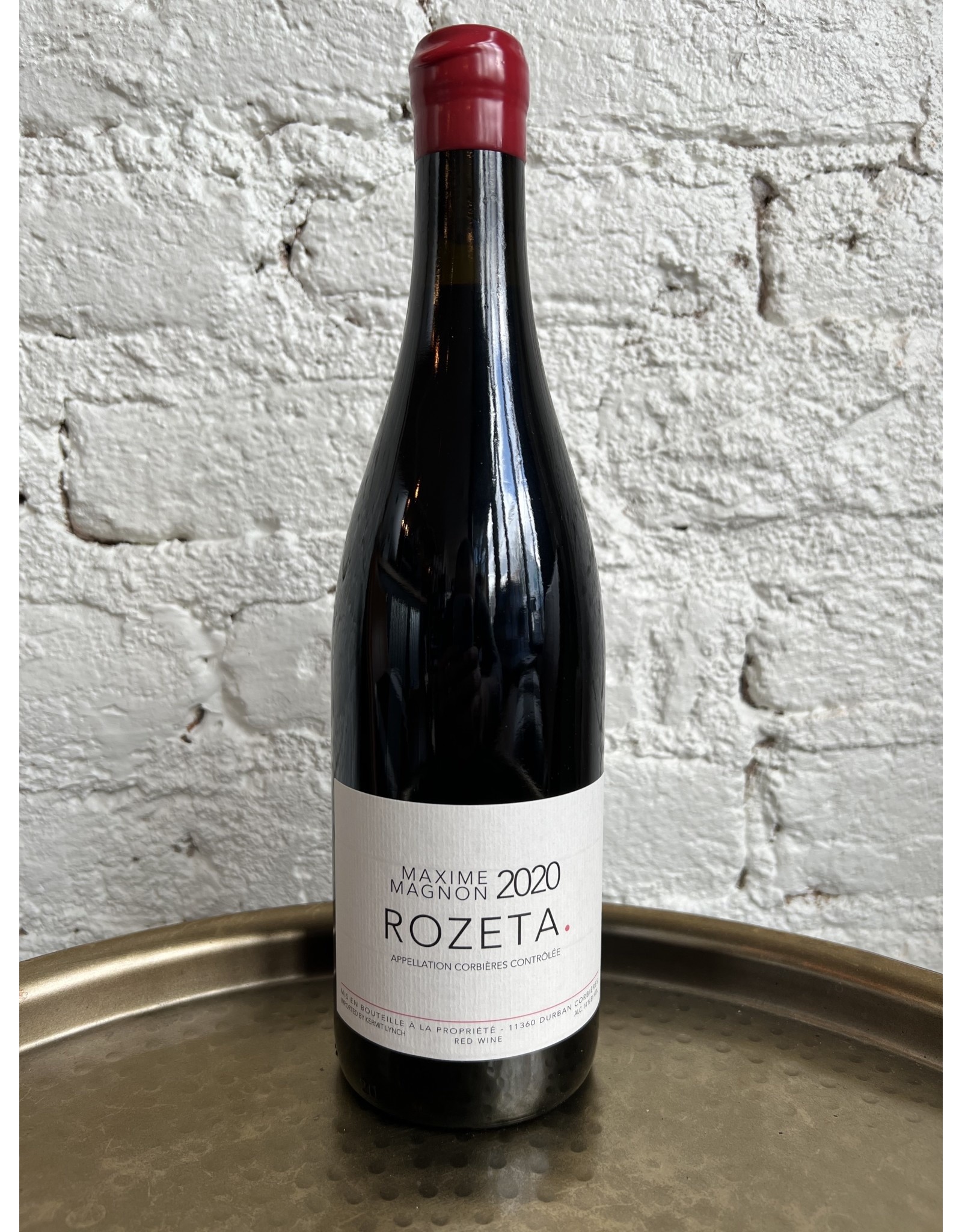 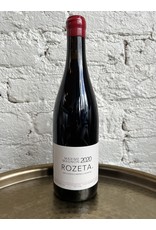 40% Carignan, 30% Grenache, 30% Cinsault from 50-60 year old vines. Terrior is made up of limestone and schist with fissured rock

• Grapes from field blend are picked and fermented together

That Maxime Magnon is part of one of the most revolutionary wine movements in France should give him a justifiable swagger to his step, yet he is nonetheless a reluctant hero. Originally from Burgundy, he was not born with hereditary rights to a domaine, but makes his own wine in the Corbières A.O.C. instead. He was fortunate to have purchased some prime parcels of old vines from abandoned plots and rents his cellar—a garagiste if ever there was one. He farms nine parcels over eleven hectares, with steep vineyards that reach high altitudes, and manages it all on his own. Maxime is part of the new wave of passionate viticulteurs who cultivate their vines with the utmost respect for nature and the soil. He’s certified organic, but also incorporates biodynamic practices into his vineyard management. Like his good friend and mentor, Didier Barral (in Faugères), and Jean Foillard (under whom he studied in Morgon), he is a naturalist at heart, and seeks to create a harmonious ecosystem in his vineyards.

Most of Maxime’s vineyard land is comprised of schist and limestone subsoils in the sub-appellation Hautes Corbières, bordering Fitou to the South. This is incredibly tough terrain to farm in, as there is virtually no topsoil, just pure rock and garrigue. The Corbières “Rozeta” is a blend of these two district terroirs. This blend is particularly unique, from Carignan vineyards that are dispersed with numerous varietals of older vines, namely Grenache Gris, Macabou, and Terret, which are all picked and fermented together—a true field blend of the old school. “La Démarrante” is a blend of only Carignan, Grenache, and Syrah. It is terrific young and deliciously quaffable. Maxime’s tête de cuvé, “Campagnès,” is a single vineyard of the hundred-year-old Carignan, and is the most age-worthy in his line-up. All wines are aged in second-hand, Burgundian barrels sourced from a producer in Chassagne. “La Démarrante” ages both in cuve and in foudre.  His wines offer great expression of fruit with immediate approachability.